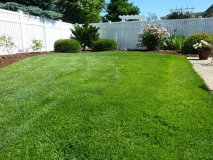 The Bank of England has issued gloomy figures on buy to let lending, suggesting the clampdown on mortgage interest tax relief and the stamp duty surcharge have finally had a significant effect on demand. The Bank of England says just 12.7 per cent of mortgages in the final three months of 2017 went to buy to let investors - that’s the lowest level since 2013, and sharply down on the 14.4 per cent and 16.3 per cent figures for the same period of 2016 and 2015 respectively. Lending for buy to let was subdued as the impact of the stamp duty surcharge and the phased introduction of changes to mortgage interest tax relief continues to act as a deterrent for some. It is more likely to be would-be novice landlords having second thoughts about investing in property as we are seeing experienced investors remain committed to the sector, with a significant proportion incorporating according to Mark Harris of mortgage broker SPF Private Clients. The incorporation reference was about the increasing trend for landlords to set up limited companies for their properties. The Bank of England says the proportion of loans going to first-time buyers held steady at 21.1 per cent and owner occupiers accounted for 64.5 per cent of all mortgages in the quarter. Remortages took 29.7 per cent of the loans - an increase on earlier periods. Overall mortgage lending totalled £69.1 billion in the final three months of 2017 - a healthy level overall, some 10 per cent up on the same period a year earlier.
View more articles >